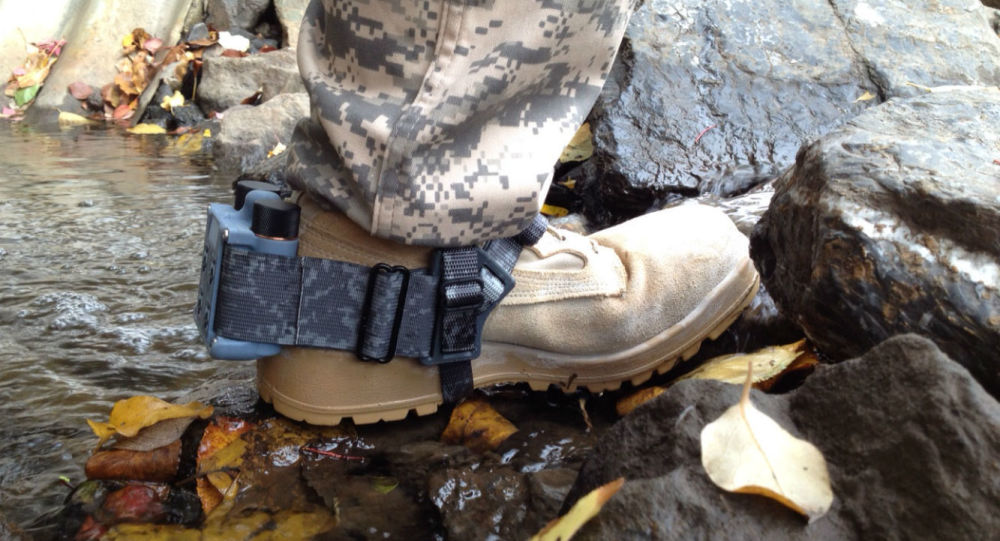 Robotic Research LLC, a Maryland-based company providing autonomous and robotic technologies to government agencies, recently confirmed that it was awarded a hefty $16.5 million contract by the US Army to create boot-mounted GPS trackers for service members.

The December 19 announcement indicates that the WarLoc devices, also known as war fighter localization sensor units, will be given to “forward-deployed personnel,” and that the first shipment, which has already been delivered, will be fielded to four brigade combat teams within the US Army.

The boot-mounted WarLoc device is intended to relay back a soldiers exact location in GPS-denied locations such as underground facilities and in areas where internet connection is weak. Without offering specifics, the company’s release explains that the technology is able to function through the use of “multiple systems.”

“We are deeply honored at having been chosen to supply the US Army with our innovative WarLoc sensor units,” Alberto Lacaze, president of Robotic Research, said in a statement.

“WarLoc’s small-form factor and state-of-the-art capability to provide highly accurate localization and positional information in GPS-denied environments make this device a perfect fit for America’s forces tasked with defending our freedoms on the front lines.”

During a recent visit to the company’s Maryland base, Lacaze told reporters that the devices are even able to function in situations where an individual is attempting to block WarLoc’s connection through jamming instruments.

It’s unclear just how the WarLoc devices will be charged in the field as soldiers carry out their mission; however, it has been reported that soldiers could also one day be able to charge the various gadgets they carry through their footsteps.

Citing a patent from the US Army’s C5ISR Center, the Army Times recently reported that engineers were developing a shoe insole with the ability to generate enough electricity through soldiers’ footsteps to provide energy to the various tools they carry, offering a lighter alternative to batteries.

“We embedded an energy-harvesting mechanism into a combat boot heel insole so that each time a soldier’s heel strikes, it activates a generator, which spins to produce energy,” Nathan Sharpes, a mechanical engineer with the Army’s C5ISR Center, told the TechLinkCenter.

“We improved the mechanism by making each step feel more natural versus the slight sinking motion soldiers experienced when using our previous version. We also sped up the generator’s timing mechanism to produce energy for longer than the previous version, which is a positive direction to achieve harvester efficiency.”

This, however, is far from the first experiment to use a soldier’s movement to create electricity. US Army developers have previously looked into using backpacks and even the motion of a service member’s legs to build power.