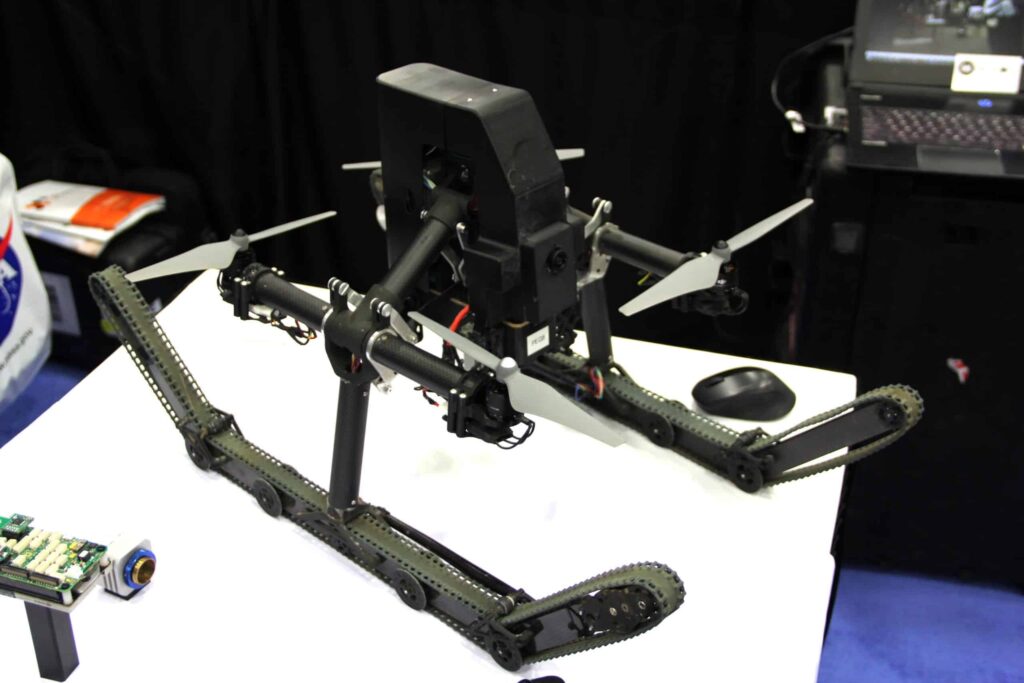 Pegasus aims to provide enhanced flexibility and performance for military battlefield reconnaissance and combat operations, including intelligence, surveillance and reconnaissance (ISR) missions, as well as dealing with chemical, biological, radiological, nuclear and high yield explosives. The AI-powered system features obstacle avoidance and full 3D mapping and can operate in almost any terrain. It is operated by a common controller based on the ATAK/Netwarrior environment.

“We’re excited to be presenting Pegasus to the world today, as the first transformable robotic system — it’s a whole new category of robots,” said Alberto Lacaze, president of Robotic Research. “Nothing before Pegasus has had the reach or versatility of this system. We look forward to sharing this with our customers in the U.S. military, as well as within commercial sectors and areas such as public works.”

Other features of the Pegasus hybrid UAV/UGV include:

Tags:Pegasus, UAV
Share this article:
Please note that our website uses cookies necessary for the functioning of our site, the optimization of our site’s performance, and for analytics. By clicking “Accept”, you agree to our use of cookies and/or similar technologies.
Do not sell my personal information.
Cookie settingsACCEPT
Manage consent